World Environment Day through the years

World Environment Day through the years

World Environment Day has evolved into a major forum for raising awareness and taking action on critical issues ranging from marine pollution to global warming to sustainable consumption and wildlife crime since its inception in 1974. Throughout the years, millions of people have participated, assisting in the reform in our eating patterns as well as national and foreign environmental policy. The inception of world environment day has brought awareness among people that they can and should help the environment in the best possible ways they can. With different themes and issues touched upon every year, the platform has been able to talk and work on almost all the pressing issues of the environment and what measures can be taken to combat that problem. It has also brought varied people together who are passionate about their planet and wish to contribute towards making it a better place to live in.

The following are some of the major World Environment Day milestones over the years. This annual day of action, which dates back nearly 50 years is still going strong and creating awareness among people for their planet. 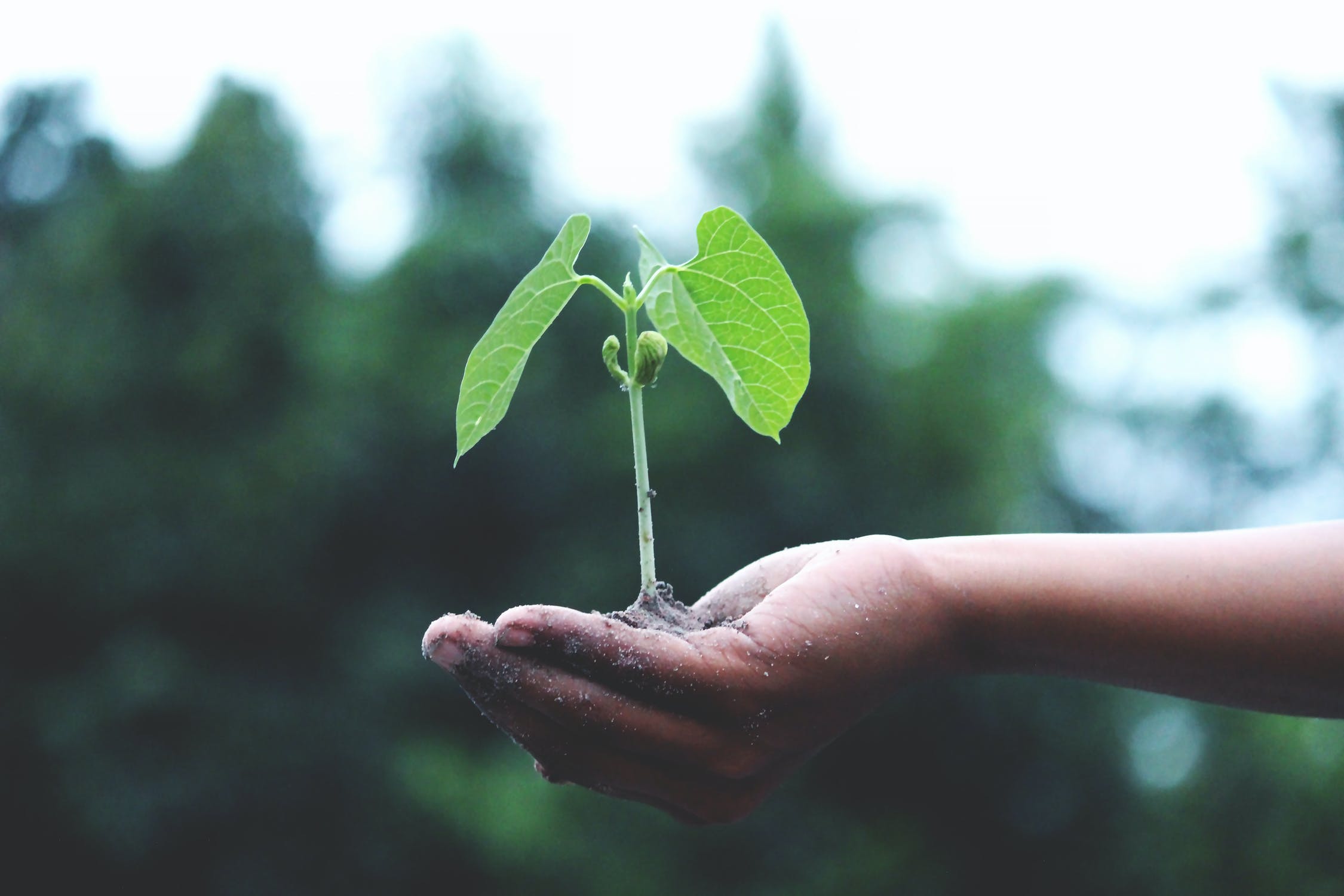 1974- world environment day was celebrated for the first time with the theme “only one earth”.

1977- The United Nations Environment Programme used the day to raise awareness about the ozone layer, setting a precedent for World Environment Day to build crucial early traction on important environmental issues. The seminal Montreal Protocol on Substances that Deplete the Ozone Layer took ten years to be signed.

1979- The International Year of the Child corresponded with the theme “Only One Future for Our Children.” For the first time, World Environment Day coincided with a United Nations-designated international year, a trend that is expected to continue as environmental issues become more prominent on the global agenda.

1981- Toxic contaminants in groundwater and food chains were the focus of the initiative. The Montevideo Programme, which set goals for global lawmaking and resulted in significant international agreements limiting or banning a variety of dangerous chemicals and contaminants, was adopted by the UN Environment Governing Council the following year. 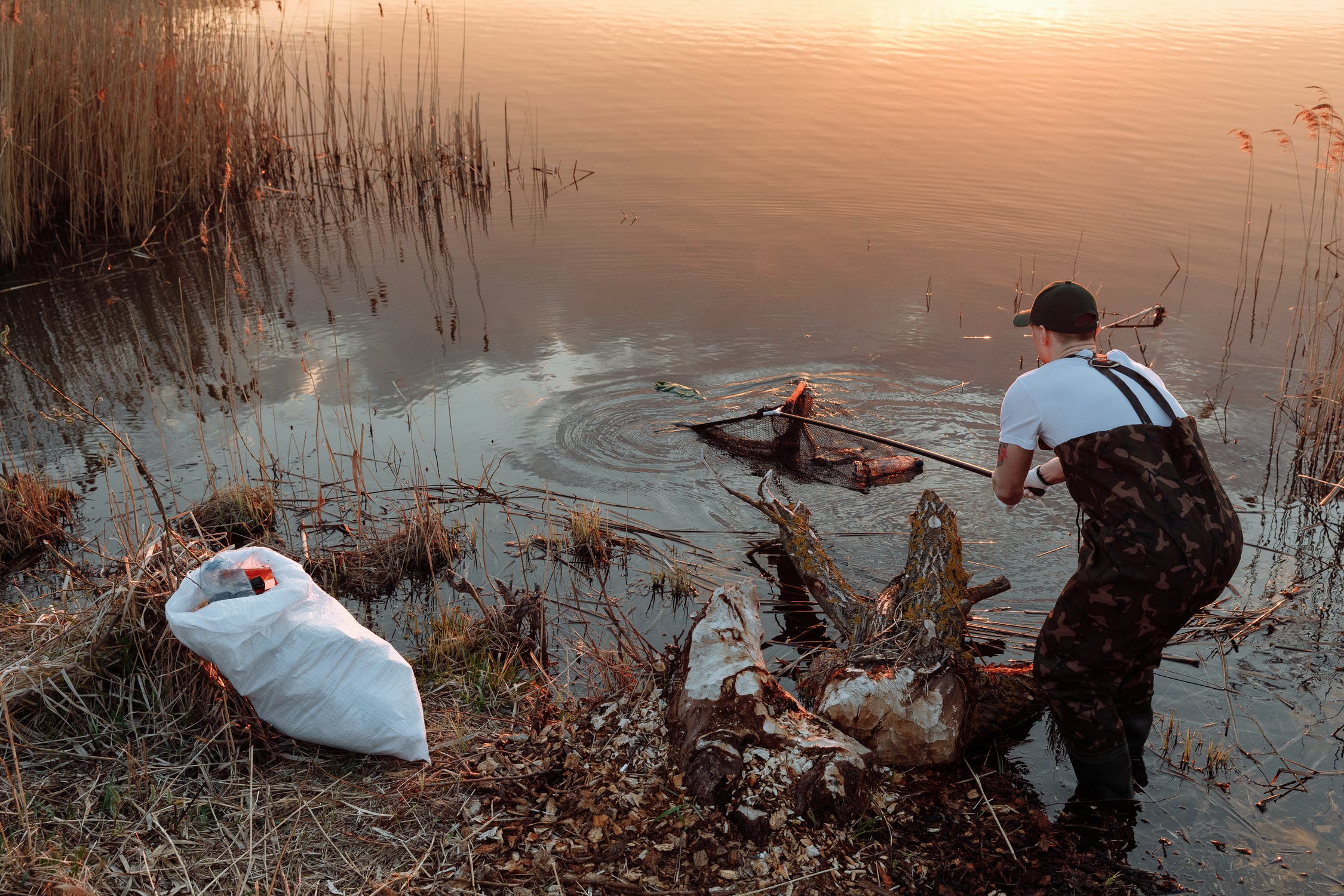 1987- The United Nations Environment Programme (UNEP) celebrated the day by unveiling the first of its Global 500 awards to environmental champions, including Wangari Maathai, at its Nairobi headquarters. Since 2003, the awards have been a staple of World Environment Day celebrations.

1988- The key celebrations began in Bangkok, Thailand, and spread around the world. The Brundtland Report set out an influential blueprint for sustainability a year ago, and this year’s theme was “When People Put the Environment First, Development Will Last.”

1989- Celebrations in Brussels, Belgium, a year after the Intergovernmental Panel on Climate Change was formed, echo growing concern about global warming. In subsequent World Environment Day initiatives, the theme would be reconsidered more often than any other.

1993- Under the theme “Poverty and the Environment – Breaking the Vicious Circle,” China hosted World Environment Day in Beijing, raising environmental consciousness in the world’s most populous country. In 2002, the event was again hosted by the city of Shenzhen in China.

1995- A year after Nelson Mandela was elected president, South Africa hosted the event. Mandela attended the festivities, bringing environmental issues to the forefront of international attention. The anti-apartheid leader had used the day a year before to declare Cape Town’s Table Mountain a “gift to the Earth” and evidence of South Africa’s contribution to biodiversity protection. 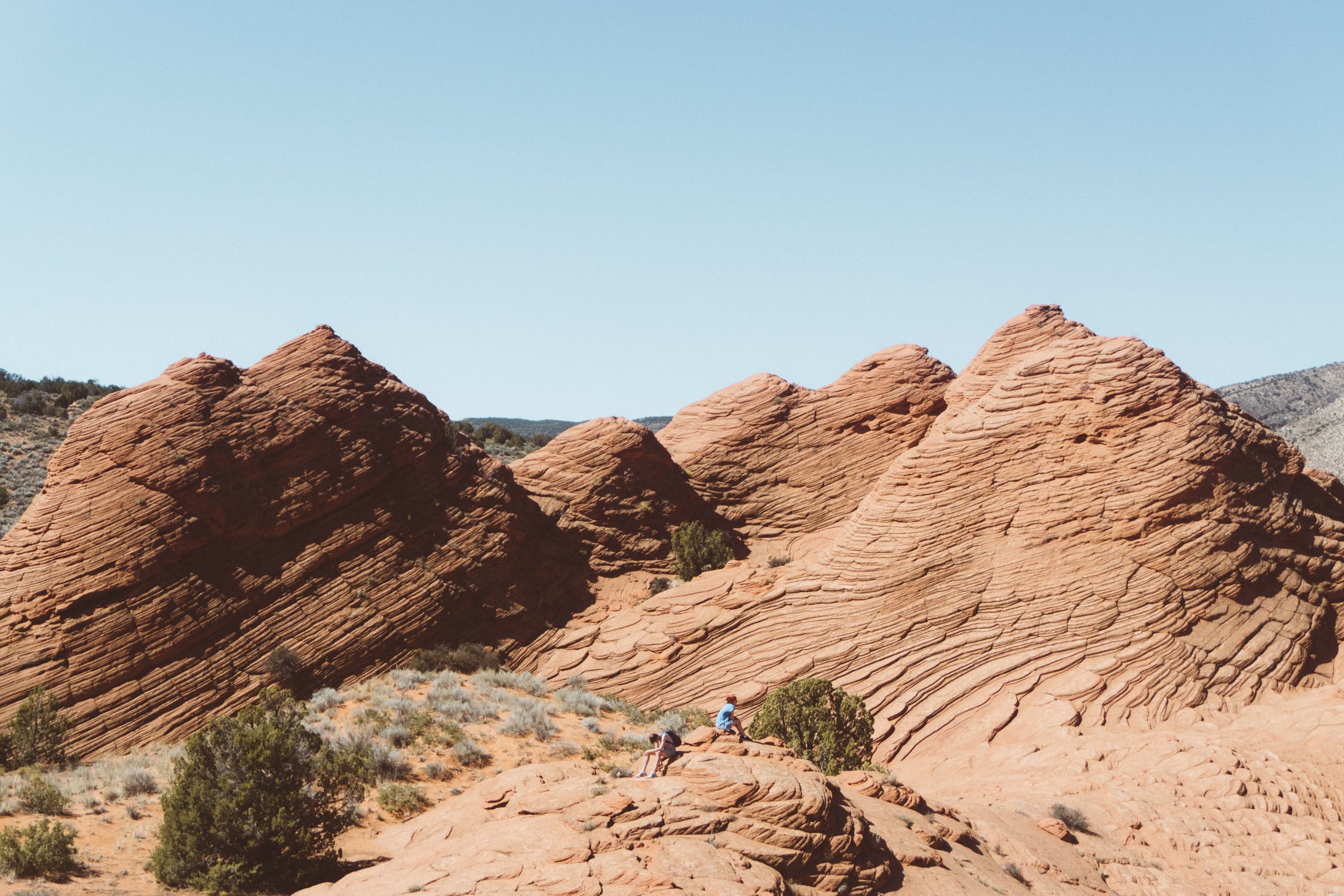 1998- For the first time, World Environment Day focused on threats to our marine environments, with the slogan “For Life on Earth – Save Our Seas” in recognition of the International Year of the Ocean. The festivities happened in Moscow, Russia.

2000- The United Nations Environment Programme (UN Environment) launched a fully functional World Environment Day website, making it simple for people all over the world to track their actions and foster a sense of global community. The key events took place in Adelaide, Australia, under the theme “The Environment Millennium – Time to Act,” in advance of the international summit that established the Millennium Development Goals.

2001- The Millennium Ecosystem Assessment, an ambitious attempt to chart the health of the earth, was launched on World Environment Day by Secretary-General Kofi Annan. The international celebrations, themed “Connect with the World Wide Web of Life,” took place in several cities, including Torino, Italy, Havana, Cuba, Hue, Vietnam, and Nairobi, Kenya.

2003- The key festivities were held in Beirut, Lebanon, which were a first for the Arab world. In support of the International Year of Fresh Water, the theme “Water – Two Billion People are Dying for It!” was selected.

2005- For the first time, World Environment Day was celebrated in North America, with San Francisco hosting hundreds of activities centred on the theme “Green Cities: Plan for the Planet.” The presence of former US Vice President Al Gore and former Mayor of San Francisco Gavin Newsom raised its profile in the year the Kyoto Protocol entered into force. 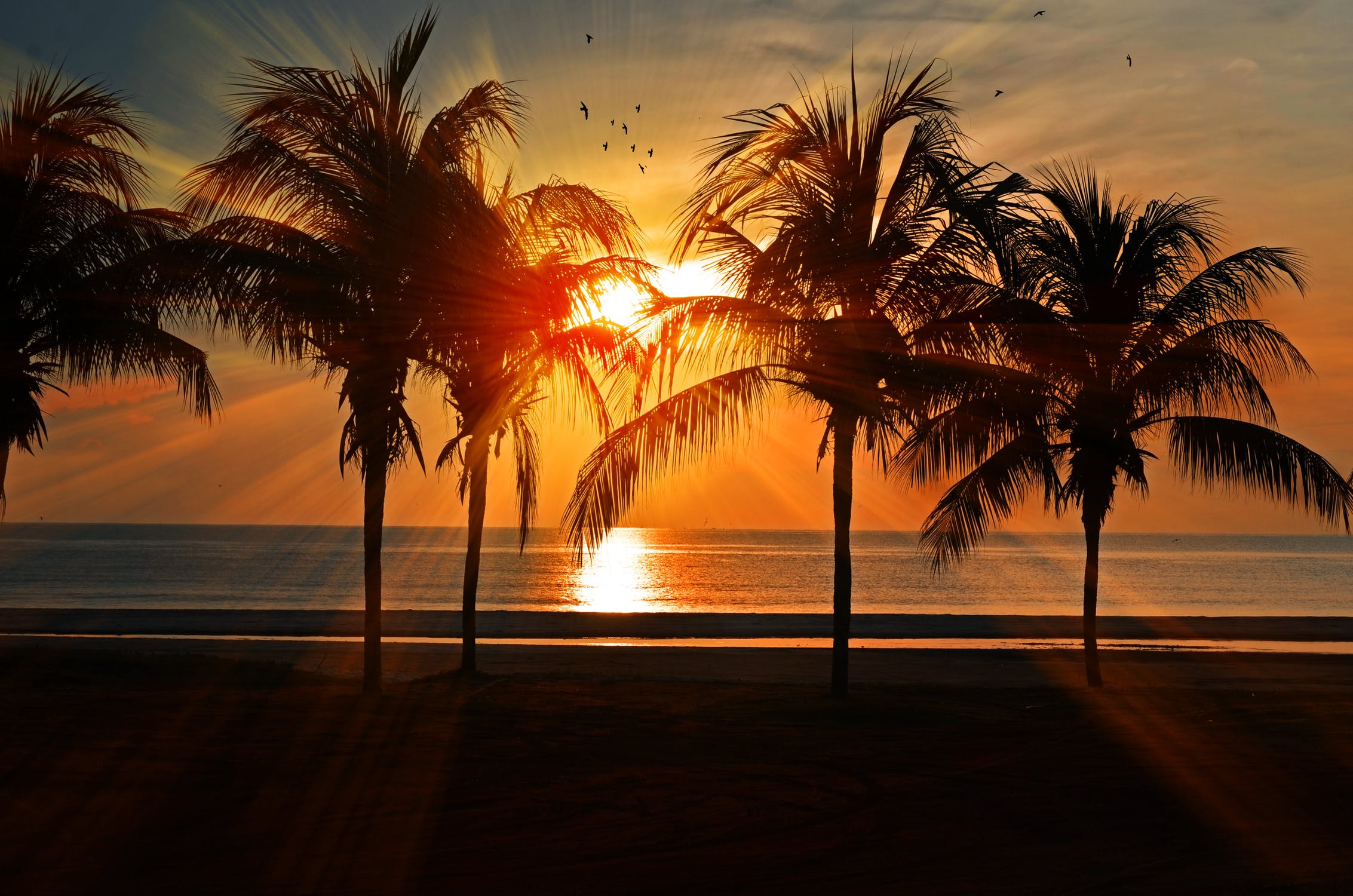 2006- As Algeria observed World Environment Day celebrations under the slogan “Deserts and Desertification – Don’t Desert Drylands!” a decade after the UN Convention to Combat Desertification went into effect, it served as a reminder of the pressures on drylands.

2007- The theme “Melting Ice? – A Hot Topic,” hosted by Norway in Troms, was the first of three years in a row that the day had focused on climate change, with the Fourth IPCC Assessment Report stating unequivocally that global warming is occurring.

2010- The World Environment Day Legacy Initiative had raised over $85,000 for gorilla conservation and solar lighting in Rwanda’s villages. During the International Year of Biodiversity, voters in a global online competition chose names for many baby gorillas, highlighting their endangered status.

2011- Actor Don Cheadle had more online followers than supermodel Gisele Bündchen, whose forfeit was to plant a tree, in the first World Environment Day Challenge. Gisele planted the first of 50,000 trees in Rio de Janeiro’s Grumari Municipal Park the next year. Over 4,000 events have been registered by people all over the world.

2013- Mongolia organized this year’s event, which has the theme Think.Eat.Save. The campaign aimed to encourage people to make informed decisions that reduced the environmental effects of food production by addressing the massive annual waste and loss of food. 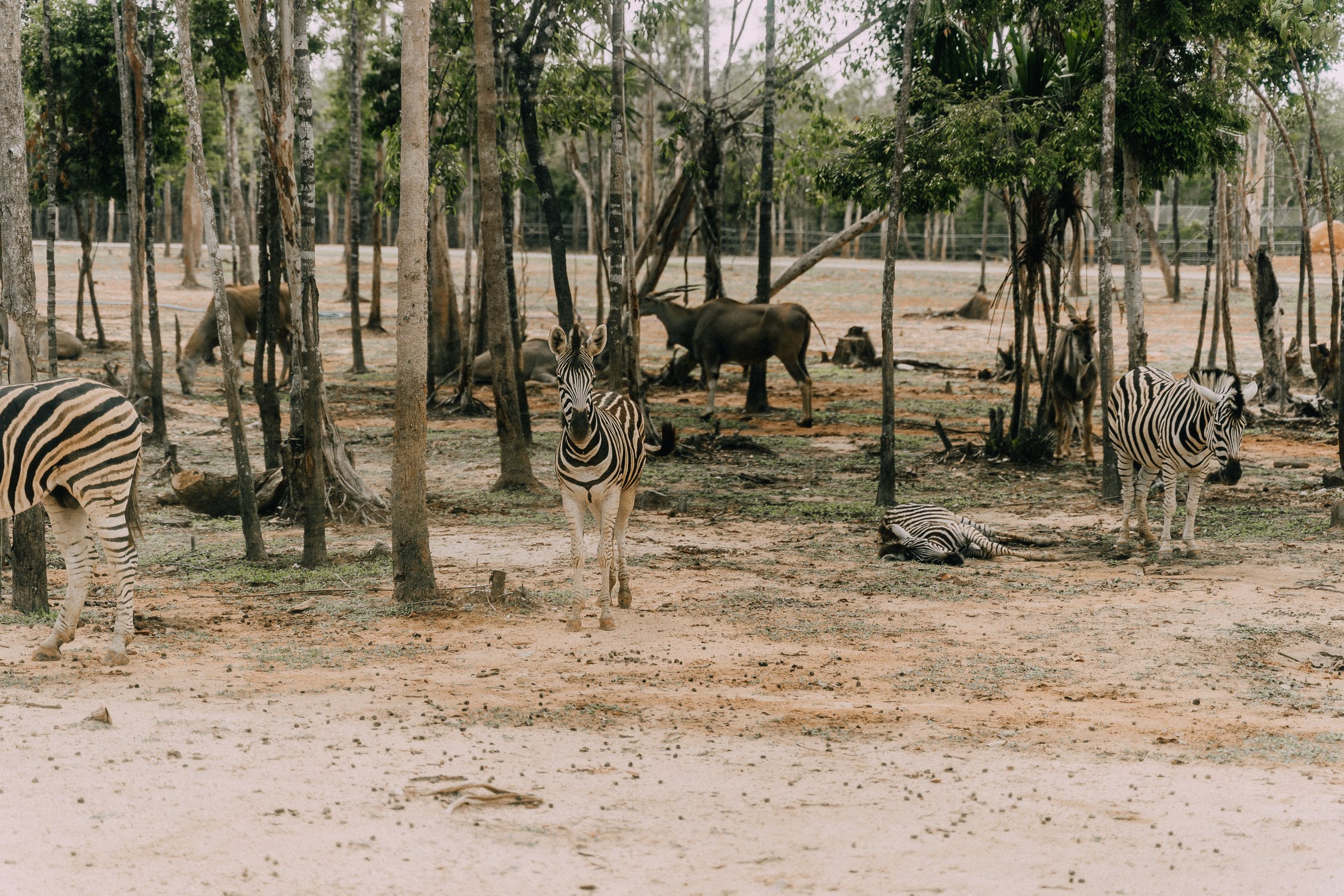 2014- The theme “Raise Your Voice, Not the Sea Level!” raised awareness of the threats that climate change poses to island nations. The next year, at the Paris climate talks, small island states reached an agreement to meet the ambitious aim of keeping global warming to 1.5 degrees Celsius.

2016- The day served as a launchpad for UN Environment’s largest-ever multimedia initiative, #WildforLife, and a major effort to combat international wildlife crime. Angola, the host country, has promised to put a stop to the trade in elephant ivory. China, a major exporter of illicit wildlife items, has promised to shut down its domestic ivory market.

2017- World Environment Day 2017 had the theme of “I’m with nature,” which has inspired over 1,800 activities around the world, from tree-planting in Mumbai to ivory burning in Angola to a running race through Brazil’s Iguaçu National Park. Prime Minister Justin Trudeau of Canada joined UN Environment’s Erik Solheim in paddling kayaks along the Niagara River to communicate with nature.

2018- The 45th World Environment Day was held in India, with the slogan “Beat Plastic Pollution.” Over 6,000 people gathered at Versova Beach in Mumbai to participate in a beach clean-up with the UN Environment Champion of the Earth Afroz Shah, where they collected over 90,000 kg of plastic. The Indian government has made a bold promise to ban all single-use plastics by 2022, accounting for 70% of marine waste, and European Union legislators have committed to a ban by 2025.

2019- The theme for 2019 was air pollution, a global emergency that kills about 7 million people prematurely each year. In a letter to the 2019 World Environment Day celebration, China’s President Xi Jinping emphasised China’s willingness to share its experience with other countries. The country’s Air Quality Improvement Report (2013-2018) was also released to highlight effective strategies and focus on lessons learned.

2020- The theme for World Environment Day in 2020 was biodiversity, which is both urgent and existential. Colombia was the host country for the day. “The time to act is now if we want to ensure our present and future,” President Iván Duque Márquez said, referring to the COVID-19 crisis, which is being triggered by the rapid loss of ecosystems.

2021- this year the theme is ‘ecological restoration’. And this year, we have a lot many stories to share and tell!

Smaller and less-developed countries are included in World Environment Day while larger issues are addressed, such as marine pollution and global warming, as well as sustainable consumption and wildlife crime. Over the years, the environment has evolved and many issues have been addressed and solutions for the same have been sought. 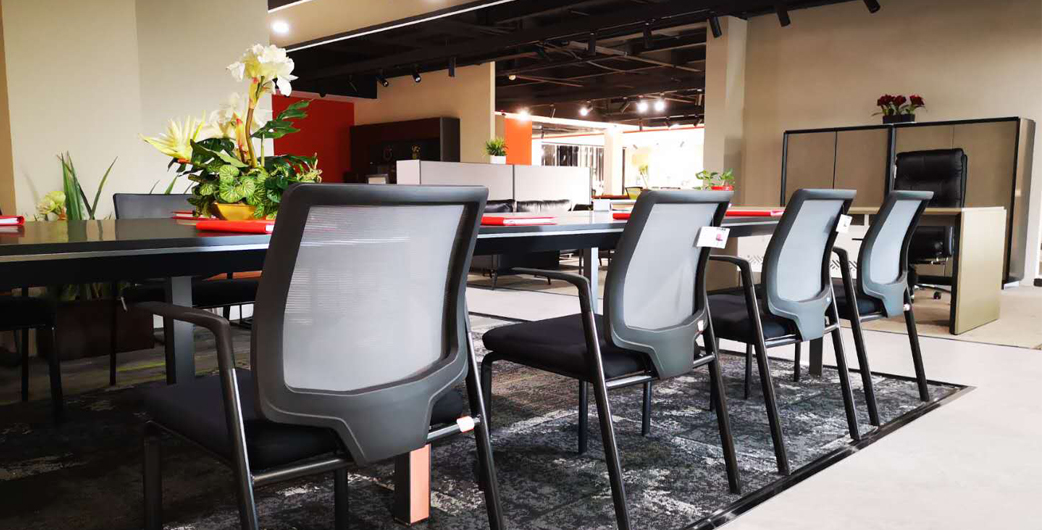 Anji Kabel Furniture Co., Ltd is a one of the leading office chair in Anji, Zhejiang. We have  committed to sustainable development sincn we established. What's more, we take "environmental protection, health and comfort" as our purposes in our production. Kabel office chair is very popular among our clients over world, especially in the Middle East, North America and South America. More information