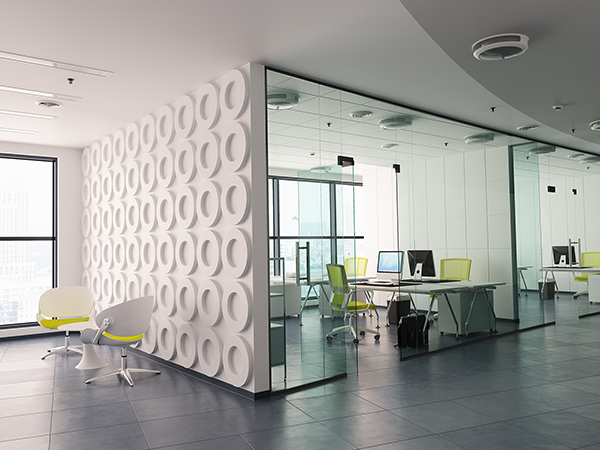 1) Office Chairs See a Lot of Use

Office chairs typically see a lot of use in their lifetime. According to the National Post, the average office worker sits for approximately 10 hours a day. Assuming an employee works 262 days a year, his or her office chair would be used for a total of 2,620 hours. Because of this, manufacturers must carefully design their chairs to withstand constant, daily use.

The good news is that office chairs typically last for quite some time, even when they are used 10 hours a day. A report published by Baylor University says the average office chair lasts for seven to eight years, after which it should be repaired or replaced. Other sources are even more optimistic, citing a full decade as being the average chair’s life expectancy. Whether it’s seven years or 10, office chairs offer plenty use when properly maintained.

While most known for his groundbreaking contributions to science, English biologist Charles Darwin helped create the modern-day office chair.

As explained by Gizmodo, Darwin was a workaholic who spent countless hours collecting specimens of plants and animals. And like any hard-working individual, he needed to rest on occasion. Being that he lived in the 17th century, though, chairs at the time were designed only with fixed legs. Darwin wanted to be able to slide around and move while sitting, so he modified a chair to include wheels on the feet.

Today, wheels – also known as casters – is a common feature found in office chairs. Like Darwin’s rudimentary design, they allow workers to move around without having to stand up. Office chair casters are typically designed with either soft or hard materials. Soft casters work best on hardwood, laminate, tile and linoleum floors, whereas hard casters work best on carpet floors.

While Darwin is largely credited with the inventing the rolling design of the modern-day office chair, it was German Chancellor Otto von Bismarck who is believed to have popularized the design.

Around mid-19th century – a time when railroads were expanding – the workplace culture was shifting into a more office-like setting. Businesses found themselves hiring additional receptionists and administrative workers, many of whom sat for long periods of time. German Chancellor Otto von Bismarck was intrigued by the office chair, viewing it as a revolutionary new tool for the workplace. He saw the practical, real-world value of the office chair, and not surprisingly, wanted to share it with others.

So, Bismarck took the liberty of ordering hundreds of custom-built office chairs for his Parliament. This introduced members of the German Parliament, as well as the public, to the office chair; thus, popularizing the now-common office furnishing. If it weren’t for Bismarck and his desire to furnish the Parliament, perhaps the office chair wouldn’t have gained notoriety at the time.

Bismarck is regarded by many historians as being a political genius. In addition to popularizing the office chair, he later went on to establish the world’s first welfare state.

4) The Right Office Chair Can Protect Against Injury

Sitting for long periods of time can take a toll on the body, resulting in muscle pain, joint stiffness, aches, sprains and more. One such injury that’s commonly associated with sitting is coccydynia. This isn’t a specific injury or illness, however. Rather, coccydynia is a catch-all term used to describe any injury or condition involving pain in the tailbone (coccyx) area.

The U.K.’s National Health Service (NHS)explains that coccydynia is usually characterized by stress of the tailbone and/or its supporting ligaments and muscles. So, how exactly does the right office chair protect against this type of injury? Well, sitting in a chair with a hard, unsupportive bottom will stress your tailbone. Over time, this constant stress can strain your coccyx and eventually lead to coccydynia. A high-quality office chair should feature a soft, supportive seat cushion to minimize stress on your tailbone.

Furthermore, the right office chair can protect against back injuries like lumbar strains. As you may know, the lumbar spine is an area of the lower back where the spinal column begins to curve inward. Here, vertebrae are supported by ligaments, tendons and muscles. When these supportive structures are stressed beyond their limit, it creates a painful condition known as a lumbar strain.

Thankfully, many office chairs – except for entry-grade task chairs – are designed with extra support for the lumbar back. The additional material creates a supportive area for the worker’s lower back; thereby, reducing the risk of lumbar strains and similar injuries of the lower back.

5) Office Chairs are Designed with a Focus on Ergonomics

Office chairs are now designed with a focus on ergonomics, meaning they are optimized specifically for human use.

Ergonomics became a hot topic in the 1970s, during which employers acknowledged the importance of designing workplaces to meet the needs of the human worker. According to the Occupational Safety and Health Administration (OSHA), musculoskeletal disorders (MSDs) were widely rampant in the 1970s workplace. In response, employers began to design their workplace to minimize stress on workers and create a safer environment.

Among other things, this led to a redesign of the office chair. Ergonomic office chairs are designed with strict specifications to ensure the utmost comfort and support for the worker. They typically contain adjustable armrests, an adjustable heat, lower back support, and a soft seat cushion.