Coronavirus symptoms: 10 key indicators and what to do

Shortness of breath is not usually an early symptom of Covid-19, but it is the most serious. It can occur on its own, without a cough. If your chest becomes tight or you begin to feel as if you cannot breathe deeply enough to fill your lungs with air, that's a sign to act quickly, experts say.
"If there's any shortness of breath immediately call your health care provider, a local urgent care or the emergency department," said American Medical Association president Dr. Patrice Harris.
"If the shortness of breath is severe enough, you should call 911," Harris added.
The CDC lists other emergency warning signs for Covid-19 as a "persistent pain or pressure in the chest," and "bluish lips or face," which can indicate a lack of oxygen.
Get medical attention immediately, the CDC says. 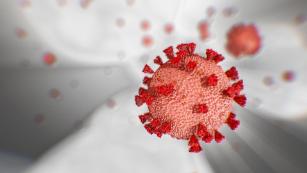 Fever is a key sign of Covid-19. Because some people can have a core body temperature lower or higher than the typical 98.6 degrees Fahrenheit (37 degrees Celsius), experts say not to fixate on a number.
CNN anchor Chris Cuomo, who is battling the virus from his home in New York, is one of those people.
"I run a little cool. My normal temperature is 97.6, not 98.6. So, even when I'm at 99 that would not be a big deal for most people. But, for me, I'm already warm," Cuomo told CNN Chief Medical Correspondent Dr. Sanjay Gupta in a CNN Town Hall.
Most children and adults, however, will not be considered feverish until their temperature reaches 100 degrees Fahrenheit (37.7 degrees Celsius).
"There are many misconceptions about fever," said Dr. John Williams, chief of the division of pediatric infectious diseases at the University of Pittsburgh Medical Center Children's Hospital of Pittsburgh.
"We all actually go up and down quite a bit during the day as much as half of a degree or a degree," Williams said, adding that for most people "99.0 degrees or 99.5 degrees Fahrenheit is not a fever."
Don't rely on a temperature taken in the morning, said infectious disease expert Dr. William Schaffner, a professor of preventative medicine and infectious disease at Vanderbilt University School of Medicine in Nashville. Instead, take your temperature in the late afternoon and early evening.
"Our temperature is not the same during the day. If you take it at eight o'clock in the morning, it may be normal," Schaffner explained.
"One of the most common presentations of fever is that your temperature goes up in the late afternoon and early evening. It's a common way that viruses produce fever."

Coughing is another common symptom, but it's not just any cough.
"It's not a tickle in your throat. You're not just clearing your throat. It's not just irritated," Schaffner explained.
The cough is bothersome, a dry cough that you feel deep in your chest.
"It's coming from your breastbone or sternum, and you can tell that your bronchial tubes are inflamed or irritated," Schaffner added.
A report put out by the World Health Organization in February found over 33% of 55,924 people with laboratory confirmed cases of Covid-19 had coughed up sputum, a thick mucus sometimes called phlegm, from their lungs.

"The beast comes out at night," said Cuomo, referencing the chills, body aches and high fever that visited him on April 1.
'It was like somebody was beating me like a pinata. And I was shivering so much that ...  I chipped my tooth. They call them the rigors," he said from his basement, where he is quarantined from the rest of his family.
"I was hallucinating. My dad was talking to me. I was seeing people from college, people I haven't seen in forever, it was freaky," Cuomo said.
Not everyone will have such a severe reaction, experts say. Some may have no chills or body aches at all. Others may experience milder flu-like chills, fatigue and achy joints and muscles, which can make it difficult to know if it's flu or coronavirus that's to blame.
One possible sign that you might have Covid-19 is if your symptoms don't improve after a week or so but actually worsen. 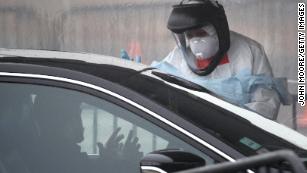 Speaking of worsening signs, the CDC says a sudden confusion or an inability to wake up and be alert may be a serious sign that emergency care may be needed. If you or a loved one has those symptoms, especially with other critical signs like bluish lips, trouble breathing or chest pain, the CDC says to seek help immediately.

At first science didn't think diarrhea or other typical gastric issues that often come with the flu applied to the noval coronavirus, also known as SARS-CoV-2. As more research on survivors becomes available, that opinion has changed.
"In a study out of China where they looked at some of the earliest patients, some 200 patients, they found that digestive or stomach GI (gastrointestinal) symptoms were actually there in about half the patients," Gupta said on CNN's New Day news program.
Overall, "I think we're getting a little bit more insight into the types of symptoms that patients might have," Gupta said.
The study described a unique subset of milder cases in which the initial symptoms were digestive issues such as diarrhea, often without fever. Those patients experienced delays in testing and diagnosis than patients with respiratory issues, and they took longer to clear the virus from their systems.

Research from China, South Korea and other parts of the world indicate that about 1% to 3% of people with Covid-19 also had conjunctivitis, commonly known as pink eye.

Conjunctivitis, a highly contagious condition when caused by a virus, is an inflammation of the thin, transparent layer of tissue, called conjunctiva, that covers the white part of the eye and the inside of the eyelid.
But SARS-CoV-2 is just one of many viruses that can cause conjunctivitis, so it came as no real surprise to scientists that this newly discovered virus would do the same.
Still, a pink or red eye could be one more sign that you should call your doctor if you also have other telltale symptoms of Covid-19, such as fever, cough or shortness of breath.

8. Loss of smell and taste 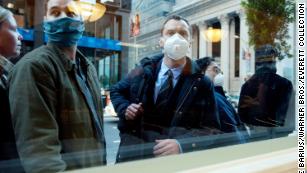 In mild to moderate cases of coronavirus, a loss of smell and taste is emerging as one of the most unusual early signs of Covid-19.
"What's called anosmia, which basically means loss of smell, seems to be a symptom that a number of patients developed," CNN Chief Medical Correspondent Dr. Sanjay Gupta told CNN anchor Alisyn Camerota on New Day.
"It may be linked to loss of taste, linked to loss of appetite, we're not sure -- but it's clearly something to look out for," Gupta said. "Sometimes these early symptoms aren't the classic ones."
"Anosmia, in particular, has been seen in patients ultimately testing positive for the coronavirus with no other symptoms," according to the American Academy of Otolaryngology-Head and Neck Surgery.
A recent analysis of milder cases in South Korea found the major presenting symptom in 30% of patients was a loss of smell. In Germany, more than two in three confirmed cases had anosmia.
It has long been known in medical literature that a sudden loss of smell may be associated with respiratory infections caused by other types of coronaviruses, so it wasn't a surprise that the novel coronavirus would have this effect, according to ENT UK (PDF), a professional organization representing ear, nose and throat surgeons in the United Kingdom.
Is there anything you can do at home to test to see if you're suffering a loss of smell? The answer is yes, by using the "jellybean test" to tell if odors flow from the back of your mouth up through your nasal pharynx and into your nasal cavity. if you can pick out distinct flavors such as oranges and lemons, your sense of smell is functioning fine.

For some people, extreme fatigue can be an early sign of the novel coronavirus. The WHO report found nearly 40% of the nearly 6,000 people with laboratory confirmed cases experienced fatigue.
Just a few days into his quarantine, Cuomo was already exhausted by the fevers and body aches the disease brings.
"I'm so lethargic that I can stare outside, and, like, an hour-and-a-half goes by," Cuomo told Gupta on Anderson Cooper 360. "I think I took a 10-minute nap, and it was three and a half hours."
Fatigue may continue long after the virus is gone. Anecdotal reports from people who have recovered from Covid-19 say exhaustion and lack of energy continue well past the standard recovery period of a few weeks.

The WHO report also found nearly 14% of the almost 6,000 cases of Covid-19 in China had symptoms of headache and sore throat, while almost 5% had nasal congestion.
Certainly not the most common signs of the disease, but obviously similar to colds and flu. In fact, many symptoms of Covid-19 can resemble the flu, including headaches and the previously mentioned digestive issues, body aches and fatigue. Still other symptoms can resemble a cold or allergies, such as a sore throat and congestion.
Most likely, experts say, you simply have a cold or the flu -- after all, they can cause fever and cough too.